researchers finds that among elite NBA athletes, those who participated in multiple sports in high school had fewer injuries and longer careers, on average, than players who played only basketball in their adolescence.

The study, “The Effects of Playing Multiple High School Sports on National Basketball Association Players’ Propensity for Injury and Athletic Performance” appeared online Nov. 14, 2017, in the American Journal of Sports Medicine and analyzes the rate of injury and the length of careers of first round NBA draft picks selected between 2008-2015.

For more than a decade, there has been a trend toward athletes specializing in one sport at progressively younger ages, even with multiple medical groups advocating for delayed specialization. Single-sport specialization can be defined as intensive year-round training in a single sport at the exclusion of other sports. 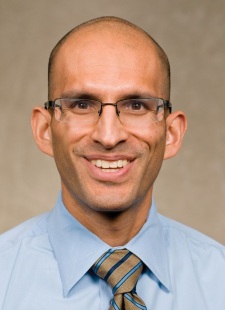 In the new study, senior author Nirav K. Pandya, MD, director of the UCSF Benioff Children’s Hospitals sports medicine program, and his UCSF colleagues set out to determine whether elite athletes who specialized in their sport at an early age were at greater risk for injuries and shorter professional careers. The study found that while a minority of professional basketball athletes participated in multiple sports in high school, those who were multisport athletes participated in more games, experienced fewer major injuries and had longer careers than those who participated in a single sport in their teen years.

While these findings can be applied only to elite male basketball players, they suggest that the protective effect of being a multisport athlete in high school may persist for years into an athlete’s professional career. The study documents injury types similar to those described in other studies of NBA athletes, including knee, ankle and back injuries, and mirror previous findings showing single-sport athletes with increased injury rates and decreased longevity compared with multisport athletes.

Other contributors to the American Journal of Sports Medicine study were lead author Caitlin Rugg, MD, resident, and Brian Feeley, MD, associate professor, of the UCSF Department of Orthopaedic Surgery; and Adarsh Kadoor of UC San Diego, who was working at UCSF during the study.

Thirteen years as a newspaper copy editor and staff writer. These days, a professional writer, an editor, and a community college English instructor. View all posts by writer14life