By Adrienne Smith
For Mastery Academics

While many may think football is simply a physical game, those who play it know it to be a game of math and strategy to win.

For me, there is a natural connection between football and math. I currently play wide 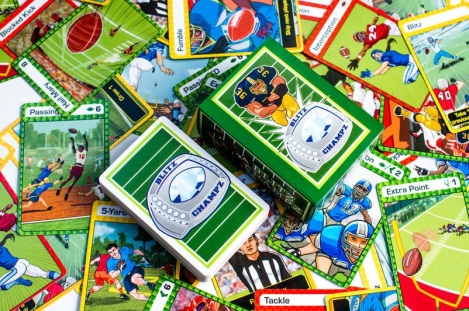 receiver for the three-time national champion, Boston Renegades. In addition, I am skilled in punt and kickoff returns.

One of the little-known keys to my athletic success is math.  As a wide receiver, knowing the distance towards getting a first down is paramount.  After all, achieving first downs is what allows the offense to progressively move toward the end zone in hopes of scoring a touchdown.

During a game, I will sometimes go off script and adjust the length of a route to ensure I get my team a first down.  If I need 6 yards to get a first down and know that I cover approximately 2 yards per stride, I understand that I need to take at least three steps (3 steps x 2 yards = 6 yards) before I turn around to look for the ball. My quarterback knows this too, as she has undoubtedly done the same calculation in her head.

My reliance on math when playing football was a strong motivator in my creation of Blitz Champz, a football-based card game for grades 3-8 that teaches strategy, encourages critical thinking, and reinforces math skills.

As an athlete, entrepreneur, and educator, I wanted to develop a fun learning tool for children that would be fun, while simultaneously engaging them in addition, subtraction, and multiplication. 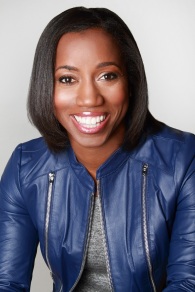 on the football field while also incorporating a strong math component, and have successfully tested Blitz Champz first-hand in NYC public schools.

I’ve marveled at students’ use of addition, subtraction, and multiplication to win at Blitz Champz.  The students aren’t even aware that they are using and strengthening their mental math skills because they are too consumed with the excitement of the game.  It is truly a wonderful thing to behold and something I will undoubtedly remember the next time I’m on the field calculating the yardage needed for a first down, or the points required to secure a win.

Adrienne Smith, current wide receiver with the Boston Renegades in the Women’s Football Alliance (WFA), is creator of Blitz Champz, a football-themed card game to encourage boys and girls to embrace the sport of football and to help increase math skills. Blitz Champz received the 2017 National Parenting Product Awards (NAPPA) given annually to products tested and reviewed as best for families and children. An MBA graduate of Columbia Business School, Smith has won two gold medals and two national championships in women’s tackle football. She’s represented the U.S. in flag football and won three silver medals in international competitions.

Thirteen years as a newspaper copy editor and staff writer. These days, a professional writer, an editor, and a community college English instructor. View all posts by writer14life